By Lesley Speller - January 12, 2019
So this story bears a little bit of introduction.

We have a turkey.  Having a turkey was not a plan of ours.  She just sort of happened.

I was driving home from Dollar Tree one day and on the side of the road is a big white turkey. 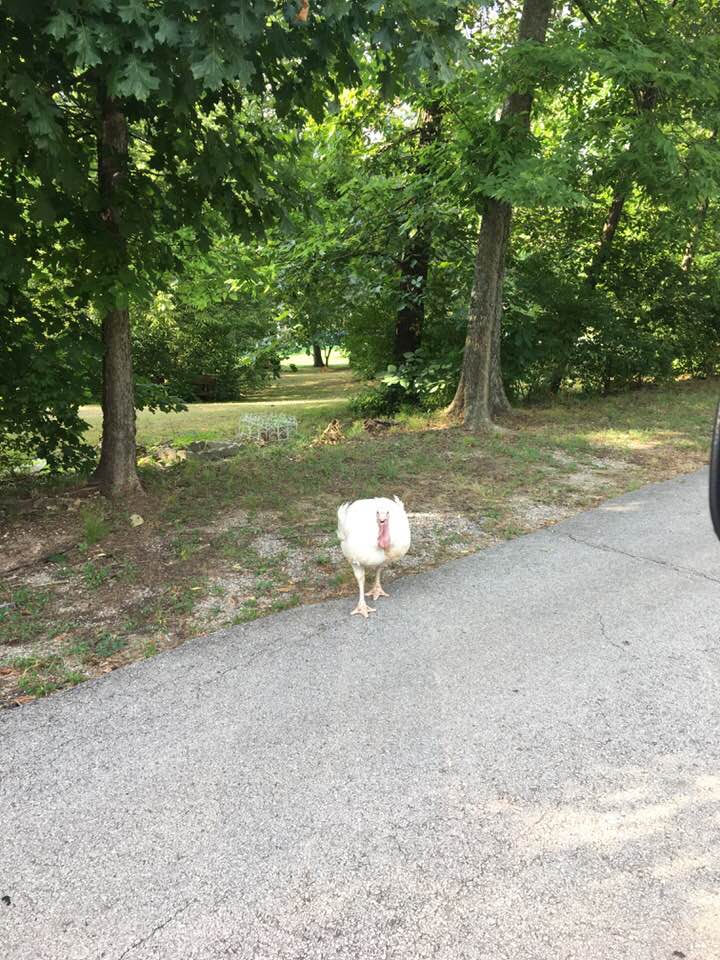 I assumed at first that she belonged to someone nearby so I took her home and put a message in our Local Lost and Found Pets page.  Apparently, she had shown up a couple of weeks earlier and had been wandering the neighborhood.

After I got a better look at her it seemed likely that she came from a big commercial farm because she had only half of a top beak and the last joint of her toes were clipped off.  That's apparently how they know the difference between the girls and boys on the big farms. Our theory is that she somehow jumped off of one of the giant turkey trucks that drive through town to the processing plant.

We had planned on giving her to my friend who has lots of chickens and a turkey, but the kids (yeah, just the kids...not me...really!) got really attached to her.  So now she lives in our backyard. 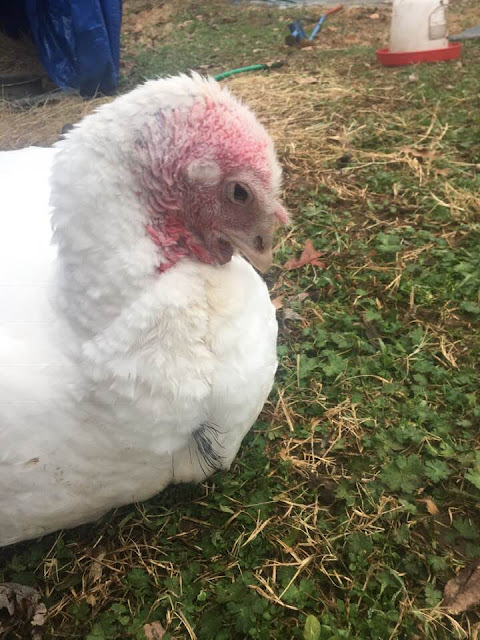 She's pretty darn adorable!  She comes running whenever she sees you and then comes and sits at your feet, and she loves being petted.

So now to how she's helpful.

She had only laid one egg since we got her, but since we started our low carb diet this week she's been laying a new egg almost every day! 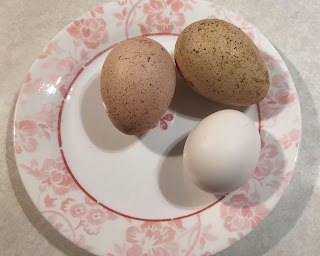 I included a chicken egg so that you can see the size comparison.  That's an extra large storebought egg.

Hopefully, she keeps laying every day or so.  They're yummy!