It's not selling out...It's using what you've got! 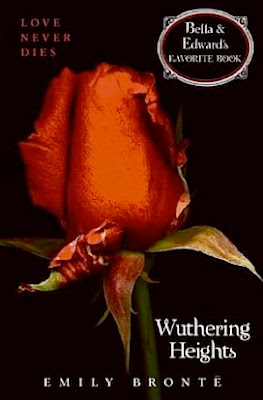 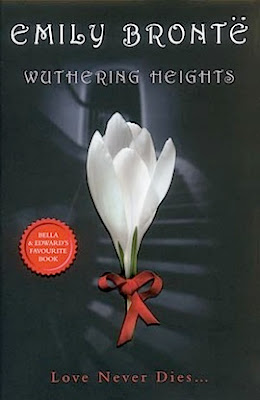 There has been some anger out there over these new covers of Wuthering Heights. I can see that side of the argument of course, but it's not like they're changing the end of a classic. *glares at the stupid Scarlet Letter movie* I mean sometimes I don't like the ending of a book either, but a movie is not the place for fan fic style changes to a classic book! Whew...sorry I veered off for a moment there.

I do have to say that I've never read Wuthering Heights. *hangs head in uber shame* I know! I should have to return my English degree, but it's on my GIANT TBR list. Perhaps I should move it up to the top so I don't seem like such a tool... Anyway, maybe I would feel differently about these covers if I'd read the book, but I just don't think there is anything wrong with them. I mean I typed in Wuthering Heights into Amazon and there are four pages of versions of Wuthering Heights with different covers.

I'm for anything that is going to get a classic book into the hands of a teenager outside of the realm of a class. I don't know about the rest of you, but something about being told I have to read a book sucks the fun right out of it. It could be my favorite book in the history of time, but if I HAVE to read it then it just sucks. (No vampire pun intended there. Okay, maybe a litttle one.)

So maybe a lot of them will read the first couple of chapters and then put it down because it's clearly not Twilight-like in the least, but maybe some of them will enjoy it and that will lead them to pick up other classics like *sighs happily* Jane Austen. Which will maybe lead them to a love of history too, and who knows maybe the girl whose biggest goal in life was to be a personal shopper (not that I'm knocking it, cause I'd like to have a personal shopper) will be the next great research historian.

So anyway, I don't see anything wrong with this particular marketing technique, and I sincerely hope that it inspires young readers to love Wuthering Heights too.
Books

Jennifer Shirk said…
I don't see anything wrong with it either.

Julia said…
Dont bother with this one... Jane Austen rules. WH is just a torturous novel with a no good ending.

MsSnarkyPants said…
You ladies are making me feel much less guilty. I hate unhappy endings! I'm glad I didn't find it today and buy it!
August 12, 2009 at 10:25 PM

Anonymous said…
I was going to comment with my head hung in shame also, that I had never read it either. But after reading the comments, I think I will keep it on my TBR list for now.
August 13, 2009 at 11:52 AM

Julia Phillips Smith said…
I LOVE and adore Wuthering Heights - but I'm the sort of person who loves tragic heartbreaky stories. I would avoid it if you like happily-ever-afters.
August 18, 2009 at 8:56 AM

MsSnarkyPants said…
I really am! I just don't like having tragedy foisted on me during my leisure time. hehe There is enough tragedy in real life.
August 20, 2009 at 8:47 AM

Jenn said…
I currently have all the Jane Austen movies in my queue from Blockbuster at home, hehe. Watched Pride and Prejudice first, and just finished Sense and Sensibility. :)
August 23, 2009 at 9:22 PM